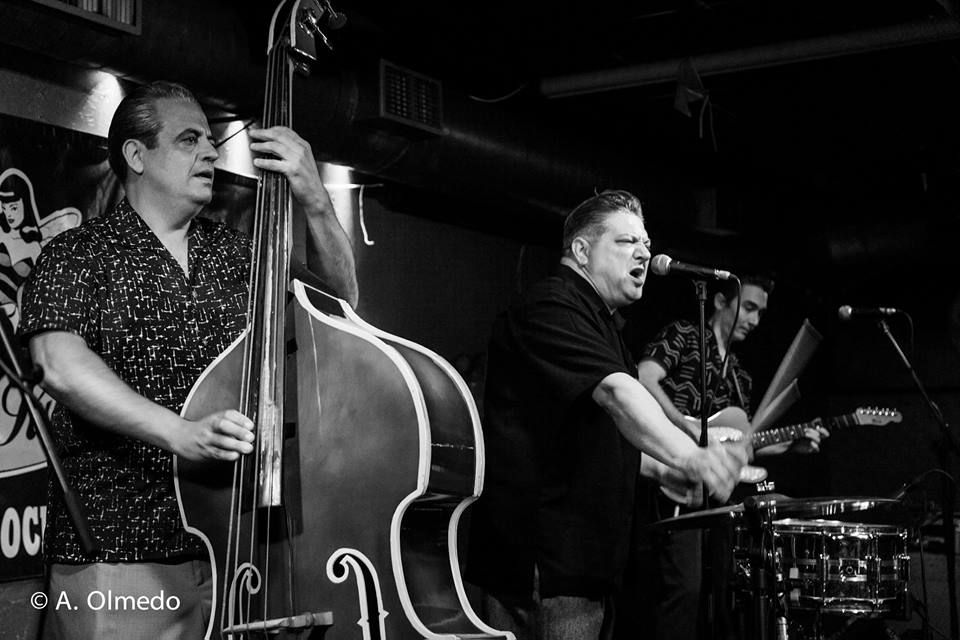 The Sun Rockets, an Andalusian trio with a lot of experience, made up of 3 great professionals of the music, each in its section, able to travel from the more ancient “early rock and roll” and “rockabilly” to “rhythm and blues“ Swamp blues “or” rockin ‘blues “, as well as themes with clear influence” country outlaw “.
In the middle of October 2005, a new line-up, called “Diego Cruz Quartet“, began in an old Jazz Club. That same night, at the end of the performance, Diego Cruz and Pepe Lee, among laughter and beers, Bases for a new formation: The Sun Rockets. After having the participation of different guitarists, at the moment it is united to the band the magnificent Dani Álvarez.

They define themselves as Rockin ‘Blues from Almeria City, as they show in their last work for the label Sleazy Records in Málaga, where they review the different styles already mentioned, with a mastery of all criticism that is not positive.

The great and powerful voice of Diego, backed by the rhythm of Pepe’s 4 strings and Daniel’s enormous guitar, coupled with the collaboration of different and well known musicians of the rockin’ environment, make this study work a magnificent proof that The r’n’r is still alive in Spain and still has a lot more. As it reads in the head, in the musical publication RUTA66 (nº 280) the group was described like “Guardians of the primitive Rock’n’Roll“, with a fusion of R & B and Rockabilly and finishing in the Rockin ‘Blues.

In short, it is a group influenced by the southern roots of Retro-Americana music like Rockin Blues, Rhythm & Blues, Rockabilly, Rock & Roll, Western Swing, Country Outlaw. With touches of Jazz or Soul. Experienced musicians, who have drunk for many years all these styles, so they have been able to give it a color and a flavor of its own in all its compositions.

The Sun Rockets are: