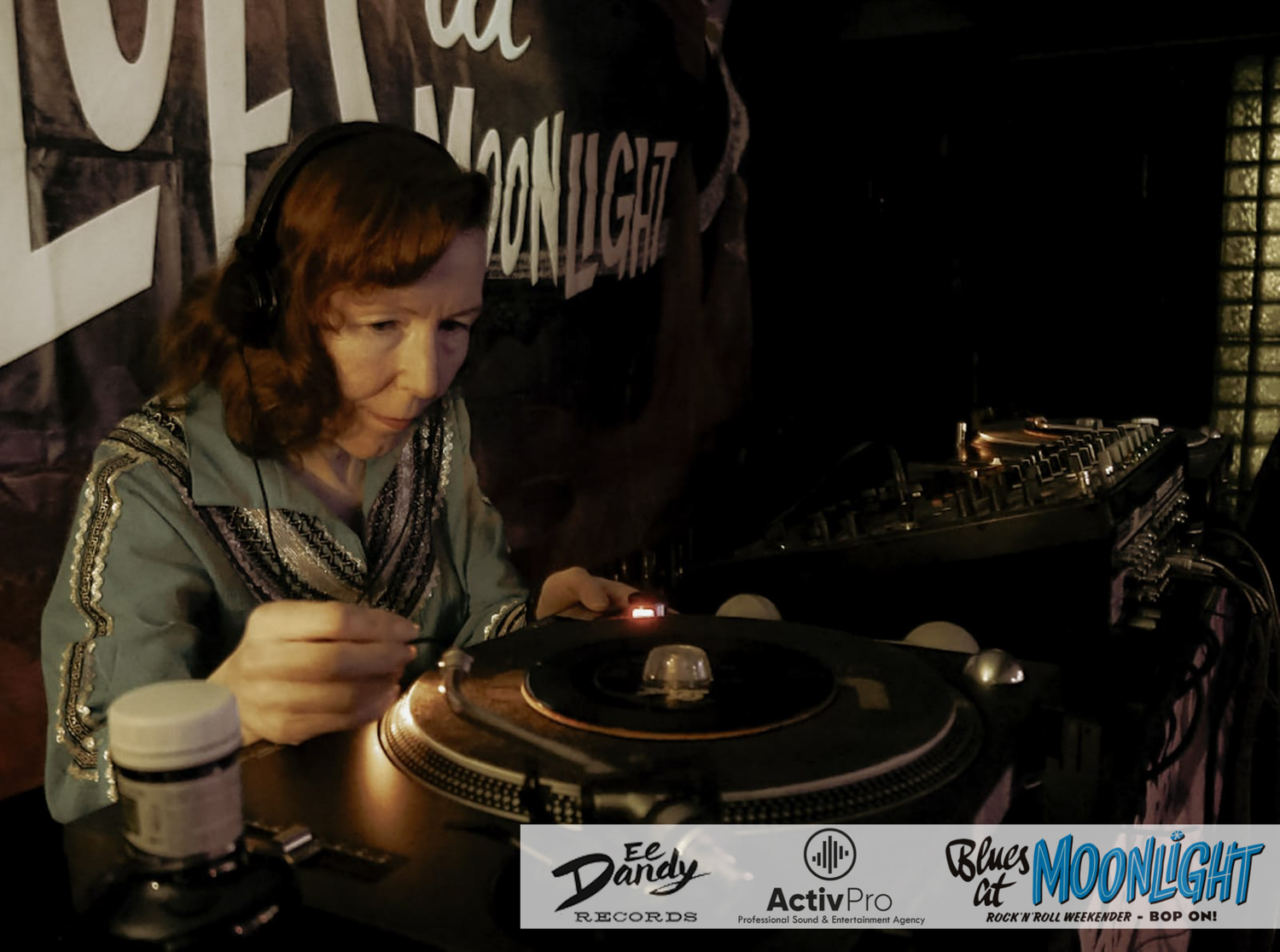 Posted at 12:52h in Festival News by Blues at Moonlight 0 Comments

DJ Be Bop Kaz started spinning records way back in the 1980’s when female DJs were only a little more common than Hen’s teeth. After promoting and DJaying her own clubs she played her first UK weekender in the early 1990’s. Since then she has played at all the top UK weekenders including The Rockabilly Rave, Hemsby, Atomic and Rhythm Riot as well as legendary London clubs like Dingwalls, The Boston Arms and The Metro Club. Kaz is no stranger to DJaying in Europe, having played at the High Rockabilly, Ubangi Stomp and Blues at Moonlight. She’s looking forward to doing a regular show spinning a mix of classic and lesser known including the authentic rockabilly sounds that feature heavily in her live sets .