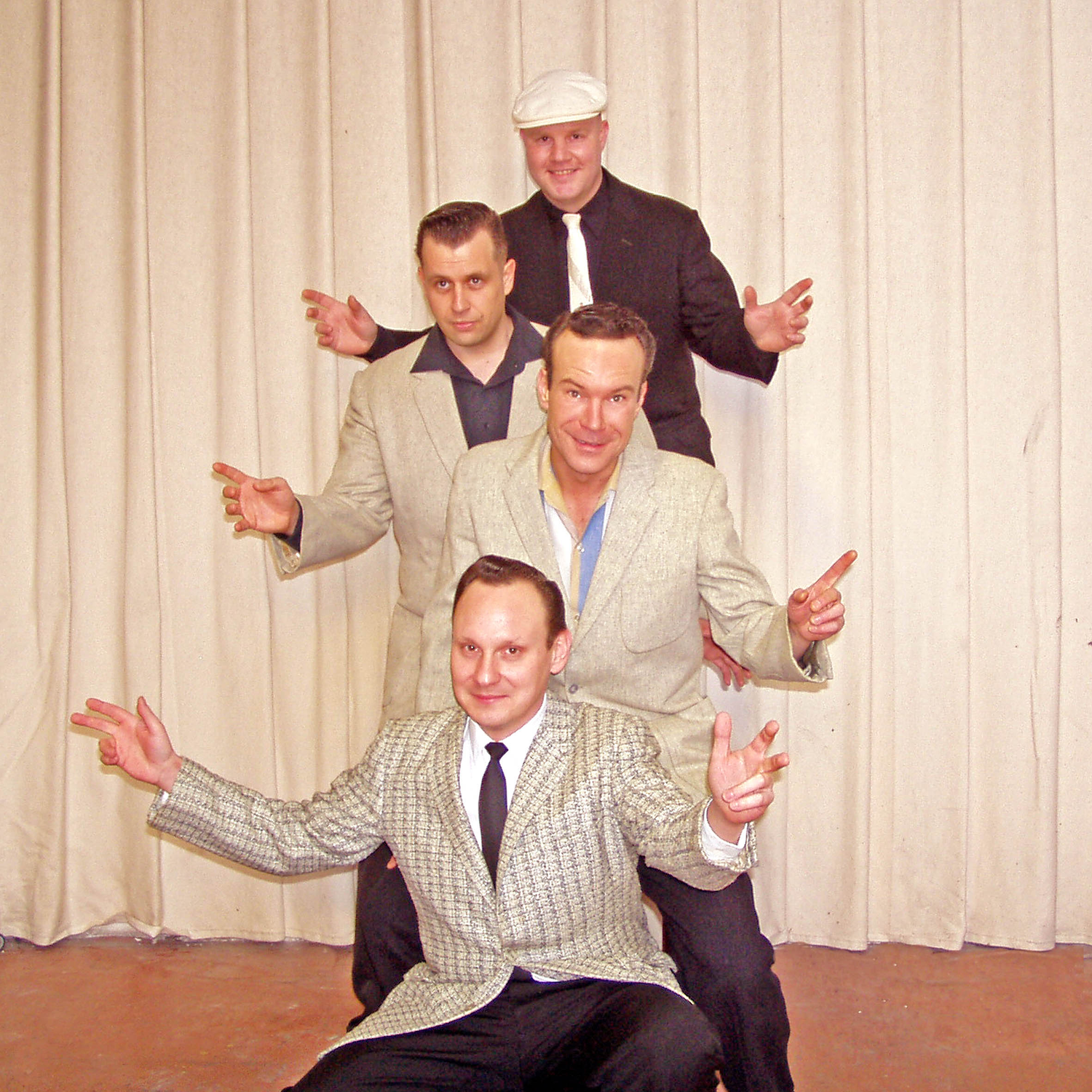 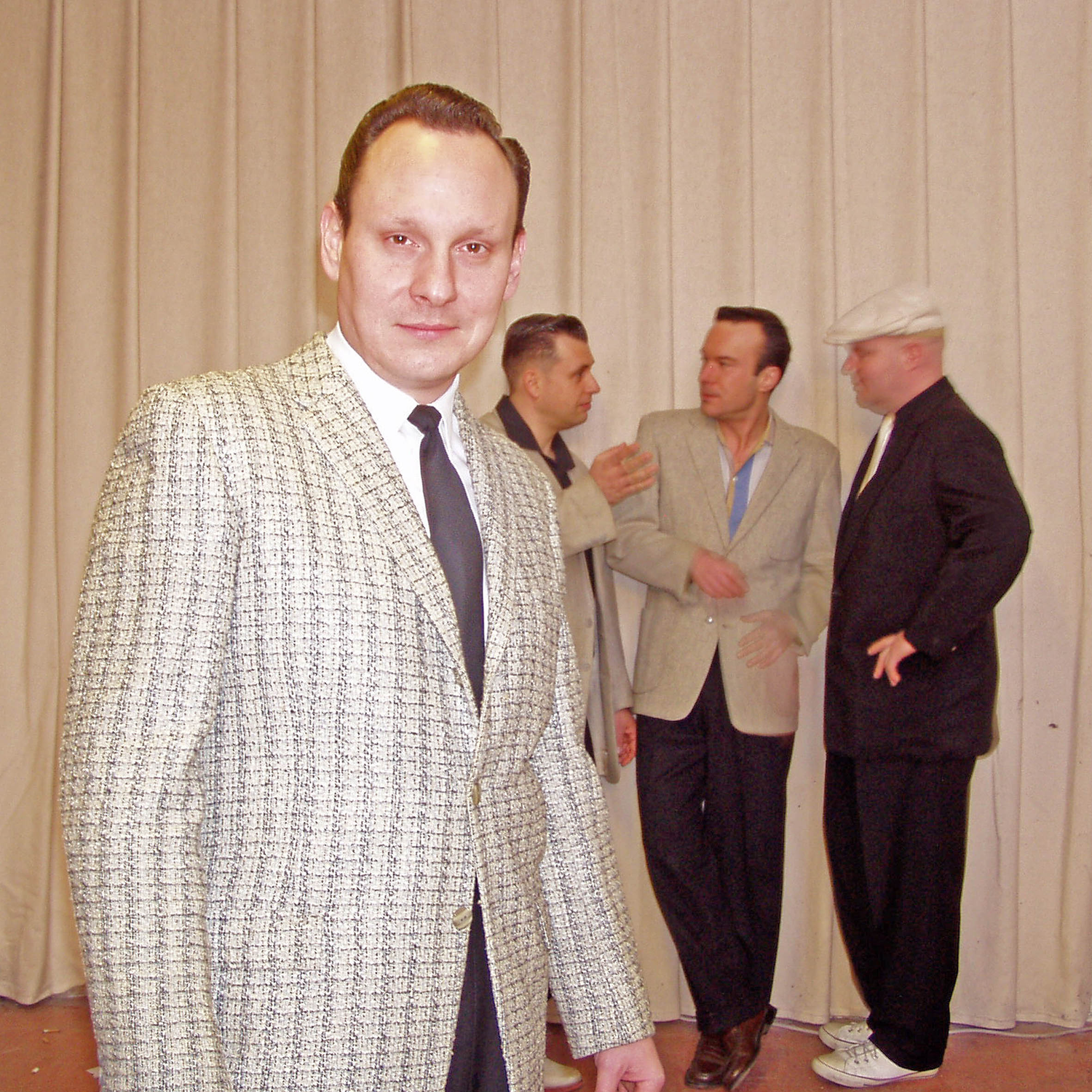 The Round up Boys were put together in 1996 and hail from Berlin/Germany.
First record release in 1999, EP ” Something For Everyone” (Favorite Records).
Over the years the boys have developed a unique style and sound.
They play classic 1950s music with forceful beats, a raging stage show and are Germany’s best known interpretation of a 1957 High School band.
Their sound is the music of the hipsters and teen – agers, it’s music about “going steady” and “making love”, it’s the big beat of the era!

Berlin’s hottest Rockabilly outfit has played countless club- and open air appearances in almost every country in Europe and has put out several albums and 45s on different labels such as “Favourite” Records”, “Migraine Records” and “Rhythm Bomb Records”.