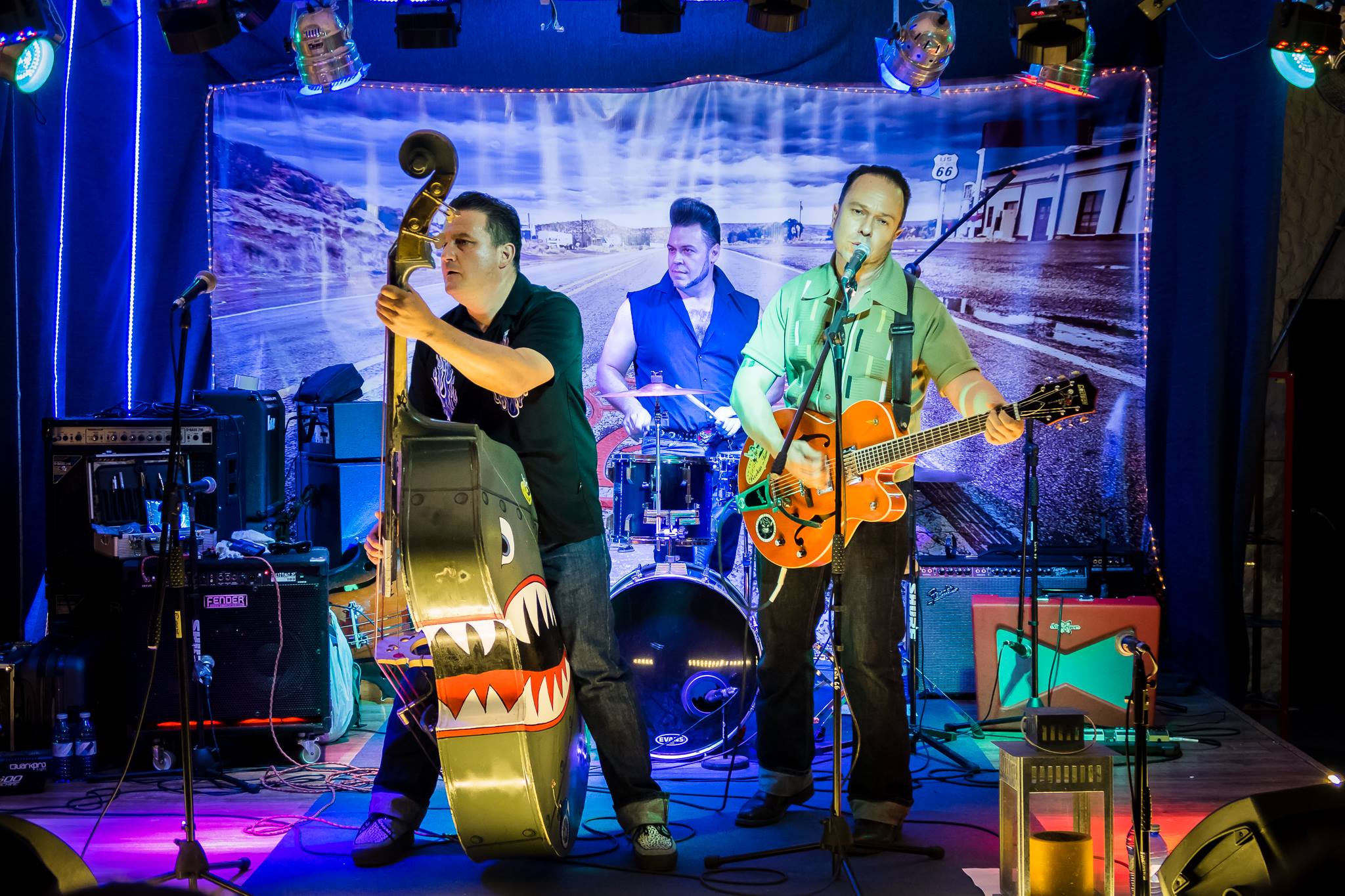 Posted at 21:39h in Press Release by Blues at Moonlight 0 Comments

Ismael Lojo, ex-guitarist and singer of former rockabilly band Uncle Williams, after 12 years of being inactive in the world of music by professional reasons but still with great love to playing gigs, meets regularly with his lifelong friend Juanlu Nunez, true rocker (and person who’s responsible for introducing Ismael to rockabilly music) to play at the attic.

With few facilities and much desire they begin to play with an old guitar and an electric bass to which Juanlu attaches an iron stand to play it vertically for the lack of money to buy a proper upright bass….Those are the days of “Lavadora R&R trio”, trio of two, days of home-made Rockabilly when, in spite of not performing live, they create many themes of ST. PETER SQUARE. Those are days of such songs as “Geohool”, “Zombie rock”, “Notas del sur”…..that were played for friends. One day, another great lifetime friend, Jose Carlos Oria, true rocker de Sevilla, decides to close the circle, holding the sticks and drums, and it gives birth to the final establishment of the group.

The name of the band has its own history. It takes its roots at famous square of San Pedro in Sevilla, place of the reunion of the Rockabilly culture in Sevilla during the 80’s and 90’s. It was a meeting place of the Rockers in Sevilla. There they danced, drank and enjoyed what was a shared passion: R&R. And there appeared three members of the band… Nowadays, with a lot work to do and much beer to drink, they work the repertory over and over again without any encouragement, with the illusion of the next concert, in order to always transmit to the public what comes to be our philosophy: R&R is music that must be created with and for fun. R&R “IS” fun……and so they try to make it!!

We use cookies to ensure that we give you the best experience on our website. If you continue to use this site we will assume that you are happy with it.OkRead more